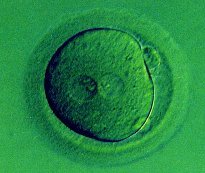 I asked my Sunday School class this morning a question. Enshrined in our religious heritage and law is the command, “Thou shalt not kill.” Are there any legitimate exceptions? We came up with three: 1) wartime, 2) self-defense, and 3) capital punishment.

Of course, we could debate the nuances of each of these. For example, several religious traditions would deny there is such a thing as a “just war,” while others would affirm the concept. Self defense depends on the circumstances, and even in the case of bodily attack, lethal force is not always appropriate. Capital punishment is justified in Scripture (Gen. 9:6), but in practice, there may be racial or economic inequities in the way it is administered.

On what basis do we destroy embryonic humans for the supposed betterment of others? I recognize that some do not accept the personhood of early embryos. But even among those who do (or at least who respect this idea), you may hear the argument, “Since they’re going to be destroyed anyway, shouldn’t we destroy the embryos so that some good may result?” This is an understandable question, but there are many flawed assumptions embedded within it.

First of all, the embryos are under the control of the families who produced them. They are now in frozen storage in fertility clinics. Their fate is not inevitable. The parents can choose to donate them to other childless couples. Such “embryo adoption” would give these embryonic humans a chance to live a full life.

Second, what is this “good” that may result? There are no currently usable medical therapies that utilize embryonic stem cells. On the other hand, there are 72 actual medical treatments utilizing adult stem cell sources. These are ethically non-problematic, and are saving lives right now. By the way, appealing to “good” in this way implies that the only “good” that human beings can have is for the parts they supply others. Don’t go there.

We began this discussion by asking what circumstances might justify an exception to society’s rigid rules against killing. Which of these exceptions applies to embyros? This is not war, this is not self-defense, and we certainly can’t claim that embryos have committed a capital offense. Indeed, embryos are the most innocent members of our society.