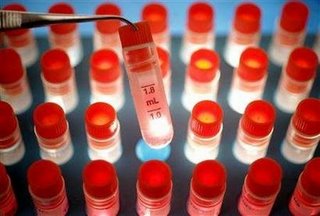 It was too good to be true. A recent report from Reuters documents a new technique that produces early stem cells, but without destroying embryos. But the devil is in the details.

As I discussed in my July 30th post, destroying embryonic humans for the supposed betterment of others violates long-held ethical standards against the taking of innocent lives. Since those who honor the sanctity of life from conception have made so much ethical fuss, scientists have been searching for other ways to produce early stem cells. Would it be possible to remove one or two cells from an embryo for this purpose, but not destroy it?

The new “breakthrough” is actually a modification of a technique that has been around for awhile. The older technique, called preimplantation genetic diagnosis (PGD), samples a single cell from an early (three-day-old) eight-cell embryo. In the past, a genetic analysis would be performed on the extracted cell to determine the fitness of the embryo for implantation into a woman’s womb. Certain serious genetic diseases would result in rejection of the embryo.

The new idea is to use PGD technology to remove a single cell from a three day-old embryo to use as a starter cell for a stem cell line, leaving the embryo intact to be implanted later. Would this be an ethically acceptable way to produce embryonic stem cells?

First of all, I applaud the idea of research that attempts to avoid destroying life. Yet it is hard to imagine what good accrues to the embryonic humans involved. In other words, here is a potentially harmful procedure for which the embryos cannot give their consent, that does not benefit them in any way. This violates the principle of informed consent in research.

Furthermore, it turns out that the whole thing has been misrepresented. The research report, which appeared in the scientific journal Nature, did not accurately report the facts. Since it was a procedure performed in the laboratory, “none of the embryos was implanted and in fact several were destroyed. And no cell lines were created from single cells, but instead created by incubating several cells together.” In other words, they did not accomplish what they claimed to have accomplished: an ethical way to produce embryonic stem cells.

It’s bad enough when scientists want no restraints on research that many find ethically problematic, but then to distort their findings to assuage ethical criticsm seems like the height of hypocrisy. Stem cell researchers must do better.

Another commentary on this development